In this post we take a look at 6 amazing benefits of cloth diapers to let you in on a few little tips and tricks along the way including how to get FREE... 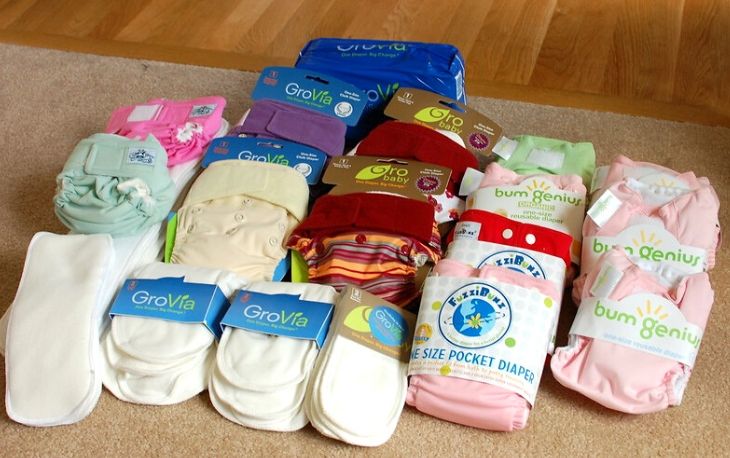 Contents show
1 Is it better to use cloth or disposable diapers?
2 What are the advantages and disadvantages of cloth diapers?
3 1. Do you really save money using cloth diapers?
4 2. Reduce Your Carbon Footprint
5 4. Less Harmful Chemicals
6 5. Easier Potty Training
7 6. Can Reduce Diaper Rash
8 The Bottom Line
9 Resources
9.1 You Might Also Like

Is it better to use cloth or disposable diapers?

The reason that disposable diapers are so popular is due to one thing – ease!

Being a parent is hard, it seems like you spend half your life running around after your little one dealing with everything from spills and tantrums through to diaper rashes and diry laundry.

That’s why the disposable diaper became so popular.

Once baby is ready for a change it’s quick to grab a new one, put it on toss the soiled one in the trash and on you go.

However, there’s a problem.

Every year American households dipose of 27.4 billion diapers which all end up in landfills so along with plastic,this is a reap problem.

What’s most worrying is that disposable diapers don’t take months to decompose, they can take up to 500 years.

What are the advantages and disadvantages of cloth diapers?

In addition to all those diapers ending up in landfill, over 200,000 trees are cut down to provide enough material to make disposable diapers for the American market along.

If you’re serious about doing your bit to save the planed then you’ll want to consider making the diaper switch from disposable to cloth.

Let’s take a look at some of the biggest benefits of cloth over disposables.

1. Do you really save money using cloth diapers?

Let’s face it, babies are expensive.

While most disposable diapers are reasonably priced, you do have to spend money every month buying a new pack.

While a cloth diaper will cost a little more than a disposable diaper in the short term, long term they are much cheaper.

Let’s do some maths.

The average child will use 6-8 diapers a day which is between 6,500–10,000 diapers between birth and being fully potty trained (roughly 30 months old).

Based on current retail costs, we estimate that this works out at roughly $80 a month or $2,250 over the 30 month period.

Let’s compare this with the cloth alternative.

Your going to roughly need 20 cloth diapers to keep your little one dry and free of diaper rash so at $15 a diaper with insert that’s going to be $300.

Even the so-called Eco disposable diapers still contain polymer crystals inside the diaper to absorb pee.

While disposables are great, is it really worth putting man made chemicals next to your babies soft skin?

Also, did you know that a cloth diaper:

So, by switching to cloth you’re going to significantly reduce your carbon footprint.

3. Cut Down On Landfill Waste

As we mentioned right at the start of this post, a shocking 24,700,000,000 disposable diapers end up in landfills each year.

That’s honestly a shocking statistic when a diaper can take 500 years to break down.

Made from organic fibres, cloth is quick to break down in comparison and even better can even be recycled once your little one is out of diapers.

For me personally this was the factor that contributed most to using cloth diapers with my daughter.

Taks a look at the ingredients that make up a disposable diaper and you’ll find a whole host of chemicals that you wouldn’t want next to your skin let alone your childs.

The vast majority of cloth alternatives are made of natural fibres with virtually zero chemicals used.

Graduating from diapers to pants is a huge milestone in your childs development and here too cloth diapers can help your little one progress faster.

See, the problem with disposables is that they keep your little one dry.

Well the problem with disposables is that they absorb moisture so your little one doens’t know they’re wet.

Cloth doesn’t soak up the pee so your little one knows that they’ve been number 1 won’t want to sit in a soggy diaper and will therefore want to use the potty sooner.

While in the 1950s only 7% of babies would develop the condition, these days 50% will experience nappy rash.

So why can a reusable diaper help reduce diaper rashes?

So there you have it, our guide to the benefits of cloth diapers. Whatever your reason for using cloth diapers hopefully this list has been a useful guide.