Can You Eat Cheesecake When Pregnant? Is It Safe?

Can You Eat Cheesecake When Pregnant? In this post, we take a look at if it's safe to eat during your pregnancy. 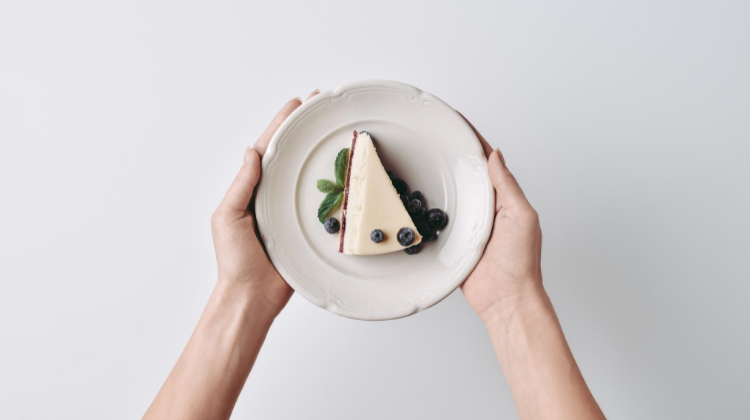 Okay, I'm going to admit it, my name's Ellen and I love cheesecake! During my pregnancy, the cravings for cheesecake only intensified and I had to do everything I could to resist having it once a day.

In this post, we take a look at can you eat cheesecake when pregnant and understand what you need to avoid.

Can You Eat Cheesecake When Pregnant?

The good news is that you’re safe to eat cheesecake when pregnant with a few exceptions. Avoid homemade cheesecakes that haven’t been baked or those that contain eggs as this can be a salmonella risk.

The good news is that the vast majority of shop-bought and restaurant cheesecakes are safe to eat (but always check for yourself).

The Types of Cheesecake To Avoid When You’re Pregnant

While most types of cheesecake are safe to eat during your pregnancy, there are a few based on ingredients that you’ll want to avoid.

Most American-style cheesecakes are typically baked which makes them safe to eat, however, European cheesecakes are unbaked or no-bake and these are the ones you want to avoid.

Typically, European cheesecakes can contain raw eggs and cream cheese, a topping is applied and the cake is placed in the fridge to cool and set (rather than put in the oven to bake).

The danger with this is two-fold. Firstly, as we’ve discussed previously if the cream cheese is made from unpasteurized milk then it can contain bacteria which can be dangerous during pregnancy. Next, if the eggs are raw they can be a sauce of salmonella which is another no-no during pregnancy.

If you are opting to make a European-style cheesecake, choose a recipe that contains no egg and is made from a pasteurized cream cheese.

The Types of Cheesecake You Can Eat When You’re Pregnant

Any baked cheesecake is safe to eat regardless of how many eggs it has in it. When you bake the cheesecake it kills off any salmonella that may be present.

Is Fresh or Frozen Cheesecake from a Shop or Store safe in Pregnancy?

While we always recommend reading the box before eating, typically most shop and store-bought cheesecakes are safe to eat during pregnancy.

The main reason is that most ‘commercial’ cheesecakes are baked as not only does this make them safer to eat but also improves how they freeze/defrost.

Can Pregnant Women Eat Any Flavor of Cheesecake?

With such a wide range of flavors available it’s quite a tough question to answer. Typically it’s the cream cheese and eggs that cause more issues than the topping.

There are a few toppings that contain alcohol that may have you wondering if you can eat them or not. The good news is that the level of alcohol is so low that these are generally safe to eat should you wish.

Can you eat cheesecake when pregnant? Absolutely, so long as it’s baked, contains no raw egg, and is made with pasteurized cream cheese.