Is Stevia Safe During Pregnancy?

We all know blue cheese, raw eggs, and alcohol are pregnancy no-nos, many people wonder is Stevia safe during pregnancy. Let's find out! 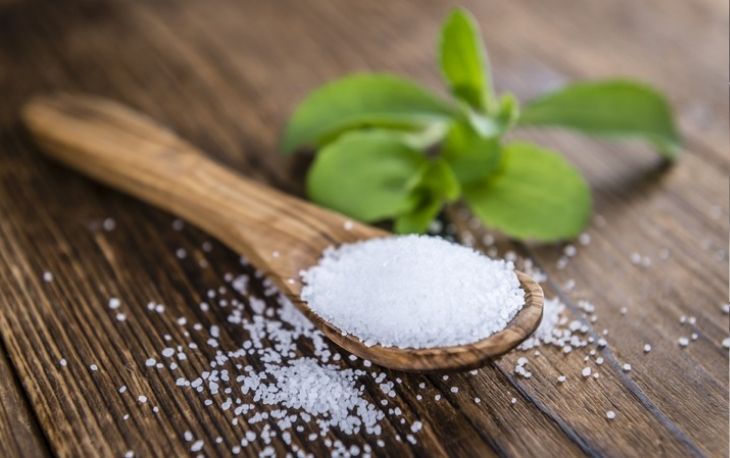 While blue cheese, raw eggs, and alcohol are all obvious no-nos, but do mothers-to-be need to worry about the artificial sweeteners that pop up in so many prepackaged items these days?

Stevia is a sugar substitute derived from a plant of the same name, a member of the Asteraceae family. Daisy and ragweed are some of its closest cousins, and a version of the plant – known as candy leaf – is native to some Southwestern states.

Some South American cultures have been using this type of plant to provide sweetness to otherwise bitter dishes for centuries.

Stevia is unlike some other artificial sweeteners, in that it comes from a plant and isn’t just a cocktail of chemicals. Like the others, though, it’s calorie-free.

Are there any other types of artificial sweeteners?

There are many types of artificial sweeteners on the market, some of which are the same ingredient masked by two or more different names. Here’s a list of the most popular ones:

These sugar substitutes can be used in everything from diet soft drinks to baked goods. Read food labels carefully if any of them pose a particular concern.

Is Stevia safe during pregnancy?

While small amounts of sugar are generally acceptable during pregnancy, they aren’t always an option for women with diabetes or other blood sugar issues. They’re also just empty calories, which aren’t ideal for women who are expecting, as the developing fetus needs all the vitamins and minerals you can provide.

If you’re looking for an artificial sweetener that you can safely consume while pregnant, Stevia is a safe option. The FDA gives it the thumbs-up rating of GRAS, which stands for Generally Recognized as Safe. Just be sure to consume it only in small quantities, and in otherwise nutrient-rich foods like protein shakes and fruit juices or even apple cider vinegar whenever possible.

Can Stevia cause gestational diabetes?

Gestational diabetes can be a concern, particularly during the second and third trimesters, when the body is working hard to meet the body’s increased insulin needs on account of the baby.

Excess amounts of sugar can heighten the risk, especially in women that were overweight before becoming pregnant.

Fortunately, there’s no correlation between the consumption of Stevia and gestational diabetes, as the stevia plant doesn’t increase blood sugar levels. Even pregnant women who already have diabetes – of any type can safely consume Stevia.

Is Stevia better than sugar during pregnancy?

As long as gestational diabetes or excess weight gain are not major concerns, either sugar or Stevia can be used for sweetening foods during pregnancy. Neither is better or worse–they’re simply different means to the same end.

Just remember not to consume too much of either, as neither of them provide nutrients of any sort, and you want to make sure your baby gets the best possible start before you welcome him or her into the world.

The bottom line? While Stevia was late to the party in terms of research (it wasn’t widely used in the United States until about a decade ago, when it was first approved for use as a food additive), the plant-based sweetener is a perfectly acceptable sugar substitute for expectant mothers who need to eschew cane sugar for health reasons.

As with all sweet treats, though, it is best consumed in moderation – which is good advice for anyone, whether pregnant or not.

If the gestational diet seems to restrictive, just remember that it’s not about what feels best for you – it’s about what’s best for the tiny bundle of joy growing inside you.

So, is Stevia safe during pregnancy? Absolutely, just don’t go crazy with it.